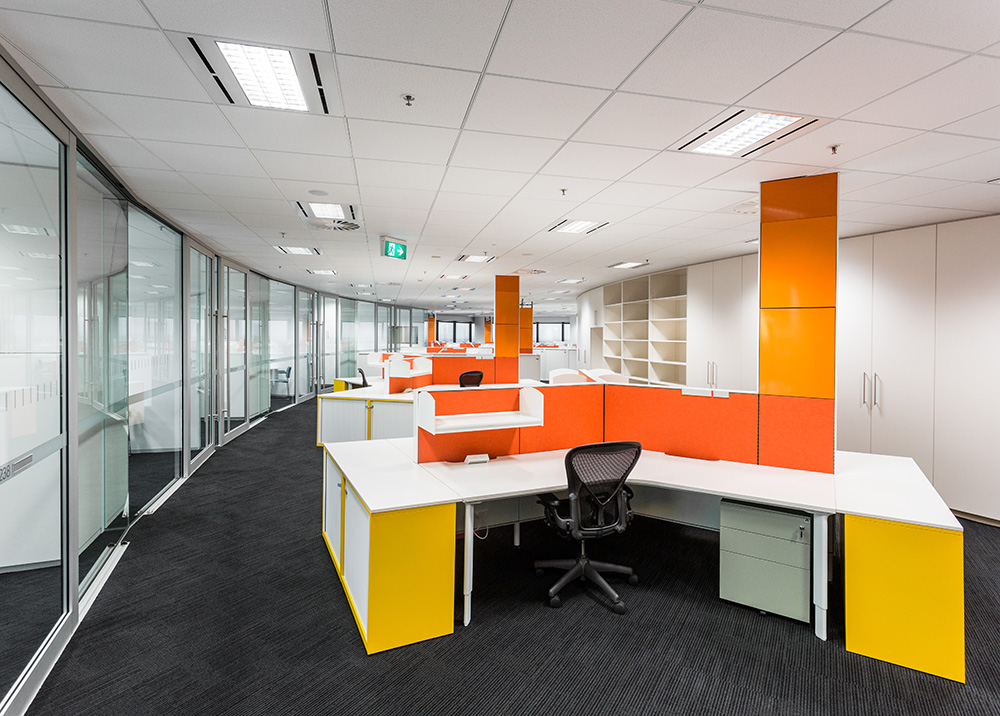 With the original builder given the boot, we were really on the back foot with the client and building manager. We had to get the project back on track and deliver a superior service and product. Hammersmith helped us address the problems of the past, identifying better solutions, better finishes and better outcomes for the client. Their effort in helping us work through the details was invaluable. They helped refine a fitout template for amenities that we could roll out throughout the building. They also fixed several defects left over from the first stage.

At the end of the day, everyone was very happy with the outcome. The client moved in on time, and we came in under budget.

Hammersmith was engaged to complete the second stage of a two-floor fitout and base building refurbishment, after the original builder was dismissed. Given the history of the project, we did a lot of groundwork, identifying two major issues.

We discovered a 35 mm variance in the level of the floor, which would cause havoc over the large floorplate with 42 perimeter offices—all specified with sliding doors. We also identified inconsistencies in components for the customised ceiling system, which had created problems previously.

Detailed surveying and planning helped negotiate the uneven floor. The ceiling issue was taken up with the manufacturer, who remade the components. This paved the way for a smooth installation and prevented further problems in the future.

Works were ultimately completed to the satisfaction of the client, project manager and building manager, with no disruption to the client’s surrounding offices on levels 31 and 33.